It is no more than just a leftover of an abandoned building is located right at the Street, the E651, that  is reaching from Liezen to Radstadt, between Wörschach and Weissenbach, district Styria/Austria. For any reason, (maybe because of it's last Owner), the locals called that house the "Ringschweiger".

Ringschweiger is one of the most mystical places around the Ennstal.  Not even most of the Locals even know, why and what has burned down the entire roof, just only one day before the building should have being sold! Indeed, there are many rumors about, but what could finally be the true behind all of this?
The story I  heard was, that somehow the last Owner, Ringschweiger (where the name of the Ruin actually comes from) suddently left the place and went somewhere else. People say, the house has being haunted by a member of the family who lived there, way before Ringschweiger even came into the play. The Story goes, that somehow one day, the child of that family disappeared overnight, while it was sleeping. Since there was no sign of violation, the local police were never being able solve that case. View time later, the family sold the house and left Styria behind. 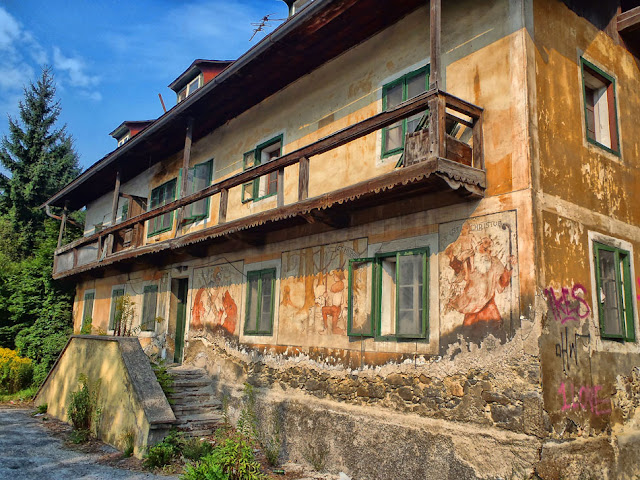 (check out the full PhotoGallery!)

No one really seems to know, what the real story is, but in fact from the moment on, when the owner has being changed, all these weirld stuff just started! People say, that the house has being sold at least 4 or even 5 times. There's a saying, that some of the previous Owners suddently lost their minds. Others are saying, that people were hearing strange noises at night. I even heard people talking about they've seeing ghosts. Anyway, the house now has being abandoned since a couple of years already.
Well, since I've never seen one, imo there were never a ghost and I bet; You neither! Whereas, at the time I heard about that story, I was very keen to take a look inside that abandoned building. Even some of the Locals warned me, I took my camera with, when I finally took the decision to enter that mystical place.
I was very impressed, when I noticed these beautiful paintings at its walls. Such detailled illustrations. Almost like a storyteller about knights and dragons. Anyway, at the moment I entered the house, I not only felt a strange cold, but also as some presence! There was not much left from the interior as some empty boxes and a very old stove, decorated with colorful bricks.
Even the entire house was really dirty, but when I went to the 2nd floor, I became an impression that someone must still live there. Because there were a lot of dishes and clothes laying arround. But than, I really heard that noise! It sounded like a heavy furniture is moving around. This was so weirld! My hearth started beating really fast. Slow and quietly I sneaked myself back to th first floor. While leaving the house, I crefully watched around every corner of the room. But there were nothing!
Nevertheless, I still dared taking a last picture from the pretty decorated stove. To my astonishment, when I went home and opened the mem card on my Computer, I recognized that all the pics I took from the interior of the house were gone! Strange enought, that I used a digital camera!
At the end, since the entire upper part of the house has being totally burned out now! There's no more roof and there're no more windows! Even the drawings on the wall were just gone as they've been never there! That burning happens a night before the building again should have being sold.  Today for any reason, the Ringlemeier house has being fenced and abandoned. No one has really an idea about, how and why it almost burned to the ground, or what are the future plans about the place.
You might hear other stories from other Locals. Since no one seems to know, what really happened - its your choice to beliefe what you want to believe :) !

Posted by Unknown at 6:56 AM No comments: 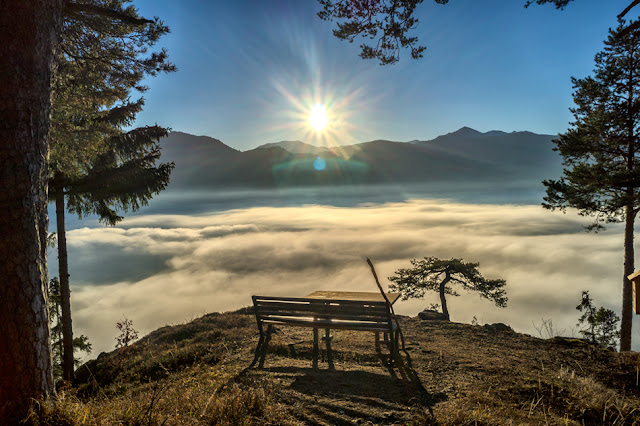 ... is a high plateau in the middle of the Buchwald. This plateau with its size of approx. 25 m² is located 923m above sea level. The "Lichtkogel" is an ideal starting point for hiking trips  towards to Wörschach or even directly to the Spechtensee. The Lichtkogel is a place in Styria, a federal state of Austria 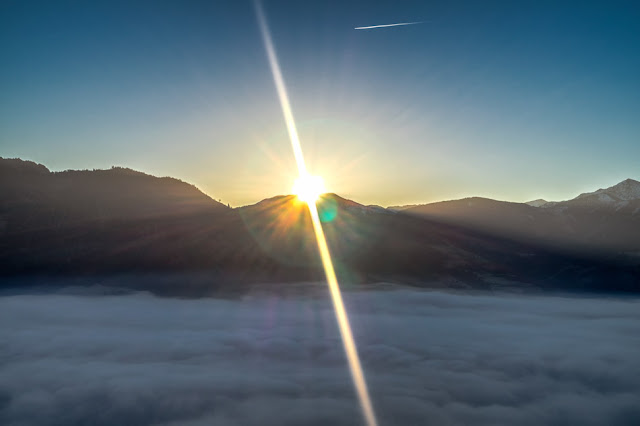 (watch this full photo gallery on AustriaLandscapes.org )
Posted by Unknown at 2:26 AM No comments: 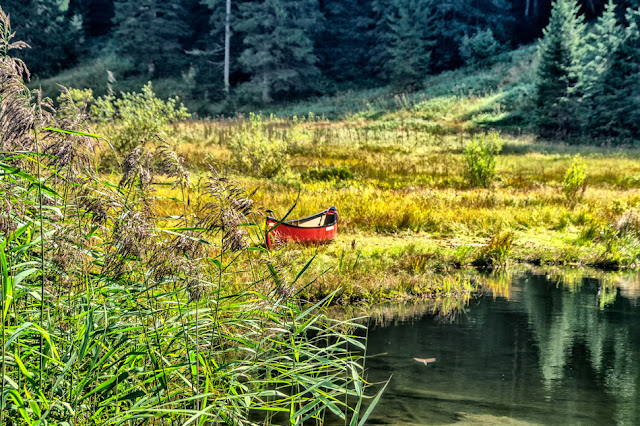 ... is a beautiful little lake on the southern edge of the Totes Gebirge ("dead mountains") mountains in Austria in the parish of Pürgg-Trautenfels near Wörschachwald at the Ennstal, belonging to the federal state of Styria. The lake is named after the Specht family who were formerly resident in Stainach and who lived on the so-called Specht Estate (Spechtengut, nowadays Schloss Sonnhof="Sonnhof Manor House") until the end of the 19th century.

The Spechtensee during the winter seasson 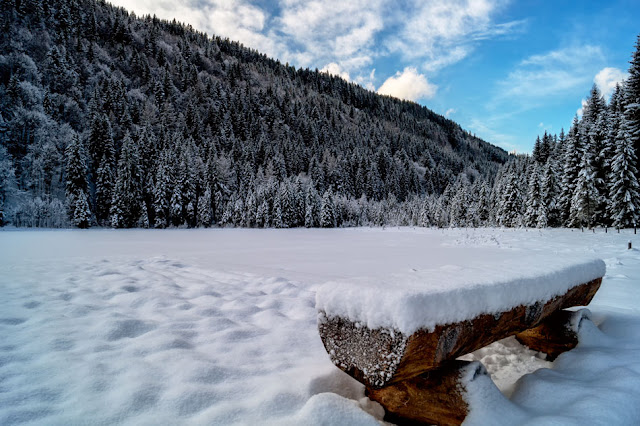 (see the full photo gallery!)
Posted by Unknown at 1:44 AM No comments:

A very warm welcome to the blogger site of AustriaLandscapes.org! Making your choice out of hundreds of unique and georgous images will become a mission! 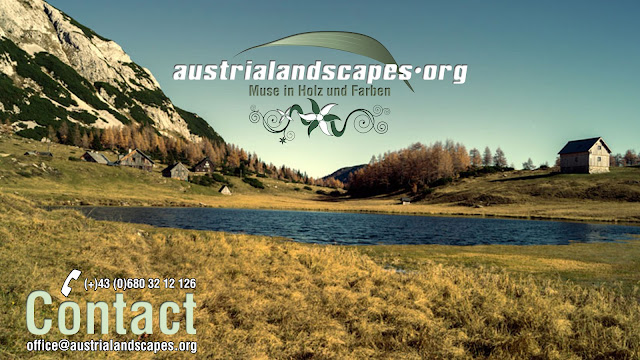 Not alone that, because AustriaLandscapes offers you insight information about local places, layed out in high resolution at least 4000px throughout all its pages and articles, most of the national Tourist industries don't even know about!  Nowhere else to find on the world wide web! Your next New Years Calendar could look like this one! AustriaLandscapes also will inform and entertain you!

Posted by Unknown at 1:35 AM No comments: